The purr of an engine. The sway in a turn. The skid of steel-belted tires across wet asphalt. Haptics put users in the driver’s seat in ways that video and audio alone can’t — and the results are exciting.

“Most auto ads are very visually appealing with beautiful graphics and effects, most of which can easily be accommodated with haptics,” said Kayla Buchanan, one of our haptic designers, when asked about adding a new dimension to car ads.

“Driving is a very physical, very touch-based experience,” said Haptic Designer Tony Agapiou. “Auto ads are probably some of the best ads for haptic design since we can emulate all these sensations — like the growl of an engine, and even the motion of the car/truck.” 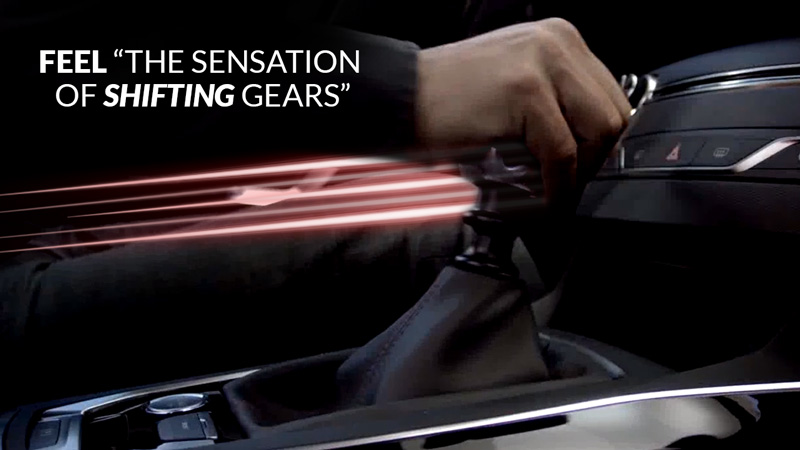 Kayla agreed. “Being inside a car also has physical aspects. The feel of a road through the steering wheel – the sensation of shifting gears and being pushed back into your seat when turning or accelerating. All these motions and sensations are perfect for a haptic counterpart.”

But it’s not about immersing people into the Grand Prix. It’s about creating the right experience.

“Instead of raw power, an ad for something like a sedan may want to emphasize a sense of luxury. For this, we can recreate the soft purr of an engine and the smoothness of the ride through our design,” Tony explained.

There’s no one way to design haptics, and there’s no one kind of content that works best. Any brand, in any business, can use haptics to impact more people. But it’s especially adept for auto ads, as we discovered while creating an ad for Peugeot. 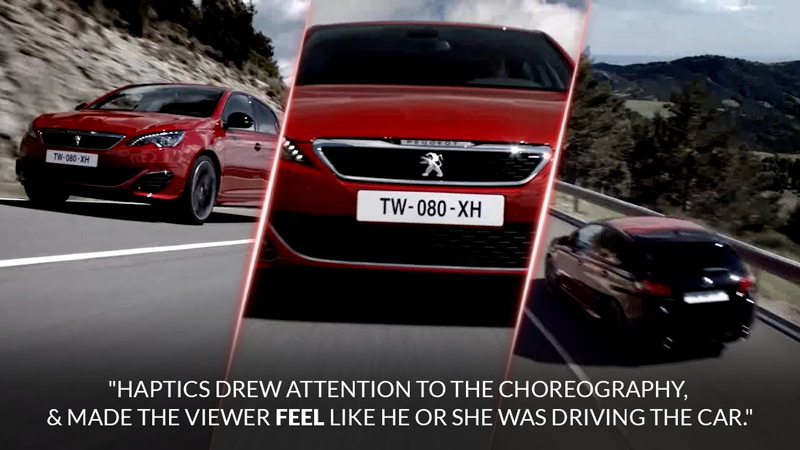 To produce a choreographic ad called “Rumble,” we focused on power and handling. Framing and camera movement showed the car from many angles to accentuate its speed.

Meanwhile, electronic music — carefully timed to each cut in the video — also coincided with action in the video. When the driver shifted, so did the music. Haptics drew attention to the choreography and made the viewer feel like he or she was driving the car.