Why ‘Engage, Don’t Enrage’ is a Key Tenet for Better User Engagement

As new standards and best practices take shape, there is greater emphasis on brands and technology providers to establish – and uphold — a commitment to enhancing the user experience.[bs_row class=”row”][bs_col class=”col-sm-6″] 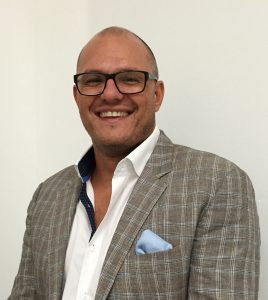 “Always take into account that mobile is one the most personal things that we own.”

In a day and time when people describe their mobile device as a third arm, or their best friend, according to the team at Teads, the inventor of outstream video advertising, consumers increasingly resent advertising that is disruptive to this delicate marriage of man and mobile. The necessity for marketers and brands to adhere to essential key tenets of responsible advertising practices is critical to engaging consumers and establishing brand integrity. “Engage don’t enrage” is more than just a concept, it’s a value proposition to live by.

Some analysts claim that the number of devices using ad blockers increased by 30% globally last year, and with 60% of ad blocking occurring on mobile, the time for seamless advertising experiences and stronger user engagement must be on par with the same emotion and value that users assign to their devices.

The Immersion Team explored these pressing topics with Tourtel, in addition to the current state of video ad tech, the exciting stealth mode of Artificial Intelligence, and the vexing issue of viewability and its momentary grip over the mobile industry. [/bs_col][/bs_row]

Tourtel also discussed why the art of programmatic storytelling can only be found in the unity of creative teams and technological execution, and why as an industry, it’s time to stop crowding the programmatic space with acronyms and instead embrace that the automatization of the ad buying process is really a lot more straightforward than many marketers realize.

Which emerging technologies in the video advertising space are you watching closely?
Everything related to Artificial Intelligence — everything a bot can do to interact with users. We’re looking at a new paradigm: making advertising completely personal. For centuries, it’s been about splashing a message to the largest group of people possible, and it’s a sharp mentality shift to move to a world in which each customer contact is unique and customized based on the way that user interacts with that specific ad. That interaction is pivotal. Advertising through A.I. will move at large steps to become a conversation with each user.
By fully exploring A.I., which we are just beginning to do, we will be providing users with complete brand engagement and a purchase experience on the ad itself. And this should generate a better experience for the user (which should always be the objective) because they can literally guide the artificially intelligent ad to respond to their interests and needs. This goes way beyond driving efficiency, relevance, and performance through programmatic. That’s why I’m fascinated with chat bots.

Will tactile, touch technology experiences eventually become a dominant design element in the video advertising environment?
As long as frequency capping is respected, absolutely. Innovation leads the way in advertising as we can see from dynamic creative optimization and the integration of haptic technology with outstream video. Mobile is on the rise, and if you consider that the average ad view on digital platforms is 1.7 seconds, there’s a huge challenge in capturing the user’s attention on a very small screen.

The creative functionality of ads is evolving as mobile takes center stage. The future will be less reliant on standards shaped around using a mouse and clicks to interact with an ad on a horizontal screen and more focused on users consuming content through touch on vertical screens, where you can bring them tactile effects.

What is one of the biggest drivers moving the needle for native video and brand-building experiences?
Reach. The beauty of outstream video in native placements is that there’s no inventory limitation for video ads; the sky is the limit in terms of reach. At the same time, while brands want to impact more people with videos, there are serious concerns around brand safety. Instream video is limited by scale (outside of a few major players, there is not really massive reach), and more so by brand safety. Outstream videos in native placements are the only alternative to getting video at scale in a safe environment, and with content which brands actually want to be associated.

Besides brand safety at scale, viewability is key. You need to have a massive amount of inventory in order to optimize, to deliver and sell only viewable impressions. Advertisers are demanding transparency and the designation of a unique metric to define what counts as a video that the user was exposed to and had the chance to view. Operating on industry standards that are applicable throughout the online landscape is of the absolute essence.

If you could debunk a trend in video ad tech, what would it be?
TV sync, which is basically when you use a technology to deliver ads on digital at the same time they’re live on television. I see this trend growing in Latin American. It’s a shiny new thing. But here’s the catch: No advertiser can buy enough inventory to guarantee that the ad will actually be present on all devices while users are exposed to the ad on TV. You need to be watching a particular show on TV while browsing a particular site to make it work. It could be interesting if you could actually sync with everything, including devices outside your home, but that would literally mean buying everything. I don’t think any brand could afford such a big investment.

What’s the crib sheet on the programmatic video process that will make it less daunting for newbie advertisers?
I don’t think it’s that complicated, to be honest. Programmatic is pretty straightforward. People like to use tons of acronyms and make things seem more complicated than they really are. Programmatic is the automatization of the buying process that allows you to buy at the impression level versus the “thousands of impressions” level. You’re going to buy only those impressions that have the exact targeting you’re looking for, and you buy only what you want. It’s all automatic, and it’s easier.

Why was the concept of native advertising so difficult for the industry to accept and where are we now?
The definition of native advertising was the challenge at first. Because it’s so broad, the term “native” could refer to something that’s integrated into an article or it could also be the article itself. There was branded content and now there is seamlessly integrated native advertising. That was the evolution around this concept. When you see the rise in ad blocking, it’s obvious that users are no longer accepting intrusive ads. According to PageFair’s 2017 Ad Block Report, the number of devices using ad blockers increased by 30% globally last year, and 60% of ad blocking occurs on mobile. That’s why seamless integrations make sense. If you don’t bother people, they like you more and will offer you a chance to engage with them.

There have been predictions that mobile will likely be the force that drives programmatic ad spend, true or false?
True, big time. Right now, mobile commands anywhere from 60-90% of web traffic. Mobile is driving growth for everyone, not just programmatic.

Programmatic storytelling, fad or future, and how does it work?
The challenge here is to unite creative and technological executions in a single effort, from the start. Too many times we see creative teams working in disconnect from technological teams and getting together too late in the process. There is a communication gap that has to be bridged in order to explore the opportunities offered by different devices in terms of creative solutions and user engagement.
Programmatic storytelling also requires tightening the collaboration between brands, publishers, agencies, and tech companies. And then there is the frequency challenge. In order to provide a consistent narrative to each individual across their multiple devices and different touch points, you need to control reach frequency.

You work with some of the world’s biggest brand publishers. What is a stumbling block they all struggle with that might surprise us?
Video used to be one of their biggest struggles because premium publishers didn’t always have video content, and that’s why they have all switched to outstream. The issue they have now is that they’re being evaluated on a viewability basis, and it’s not a metric they are used to managing. At the same time, especially for premium publishers, they have more viewability because people are more engaged. If you’re on The Washington Post, or Globo, or ESPN, then the chances are pretty good that you’re reading content and really seeing the ads. That said, many big brand publishers are still not ready to sell on a viewability basis.

What are the key tenets to respecting users when it comes to mobile ad content?
Don’t do interstitials. That’s the worst. Consider that the average attention span for video is five seconds. So be brief. Make short creatives. Always take into account that mobile is one the most personal things that we own, and you cannot be too intrusive in general. I’m talking here about frequency capping. If you’re impacting the same person on mobile all the time, it’s as if you’re in that person’s living room constantly asking them to buy your brand. I would be careful about that. At Teads, we keep in mind that when asked about what their mobile phone means to them, people give answers like: “It’s my third arm,” “It’s my best friend,” and “I could never live without it.” You wouldn’t say that about any other device in your life. That’s why mobile needs to be treated with a lot of precision.

What does “engage don’t enrage the user” really mean as a daily practice for mobile video platforms and content creators?
Marketers are getting paid to invest money so people love their brands, and when they use intrusive formats such as interstitials, non-skippable pre-roll, or pop-ups, they’re basically spending a fortune on making people hate their brand. That’s the enormity of the situation. Since mobile is so personal, you can’t be intrusive on it, especially with video interstitials that block everything. If you block access to a user’s content, without frequency capping, it can be a disaster.

What do you see in mobile video’s future that excites you the most right now?
Seeing ad tech and creative increase their effectiveness together. This is empowered by the fact that spend on mobile is increasing at an incredibly fast speed, bridging the gap between investment and opportunity. According to eMarketer data, mobile should be 63% of digital media spend this year. The beauty of tech and creative working together is that we can focus on enhancing the user experience instead of disturbing it.