This new SDK unifies the functionalities of Immersion’s current TouchSense SDK solutions for Mobile Games and Mobile Video, to create a singular SDK that incorporates both into one, easy-to-use solution. 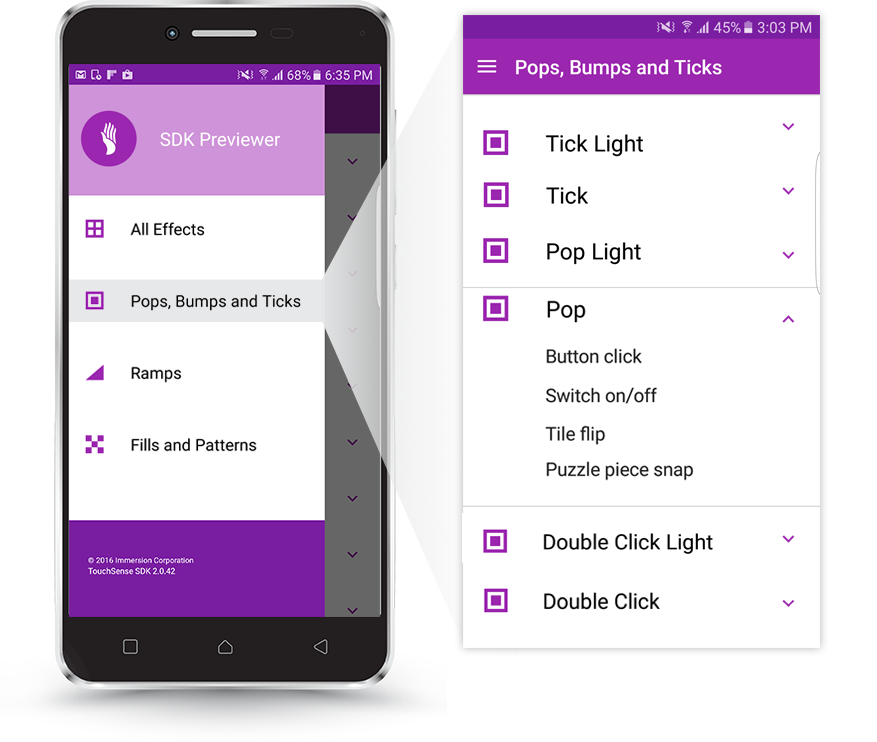 Immersion’s new SDK Previewer app demonstrates 30 pre-defined haptic effects included with the SDK and provides possible use cases for each, allowing you to experience the tactile sensation before integrating them into your app.

By incorporating haptic effects in your mobile games and app content, you can differentiate your app from your competitors in the Google Play Store. Using haptic effects can help create a more engaging experience for your users, resulting in longer time spent within your app and higher user retention. Mobile games that have included Immersion’s TouchSense Technology have resulted in:

Players with haptics on were more likely to be First Time Buyers than players with
haptics off.

Users with haptics on had a significant uplift in retention compared to those with
haptics off.

To start implementing haptics today, all you have to do is download the SDK.