Immersion is making it easier than ever to implement haptics into gaming and virtual reality experiences with the launch of TouchSense® Force Technology.

The new solution enables game developers and peripheral manufacturers to take their products to a whole new level and easily create sensations of pushing, pulling, grasping, and pulsing by integrating high-quality touch effects into their games and devices. 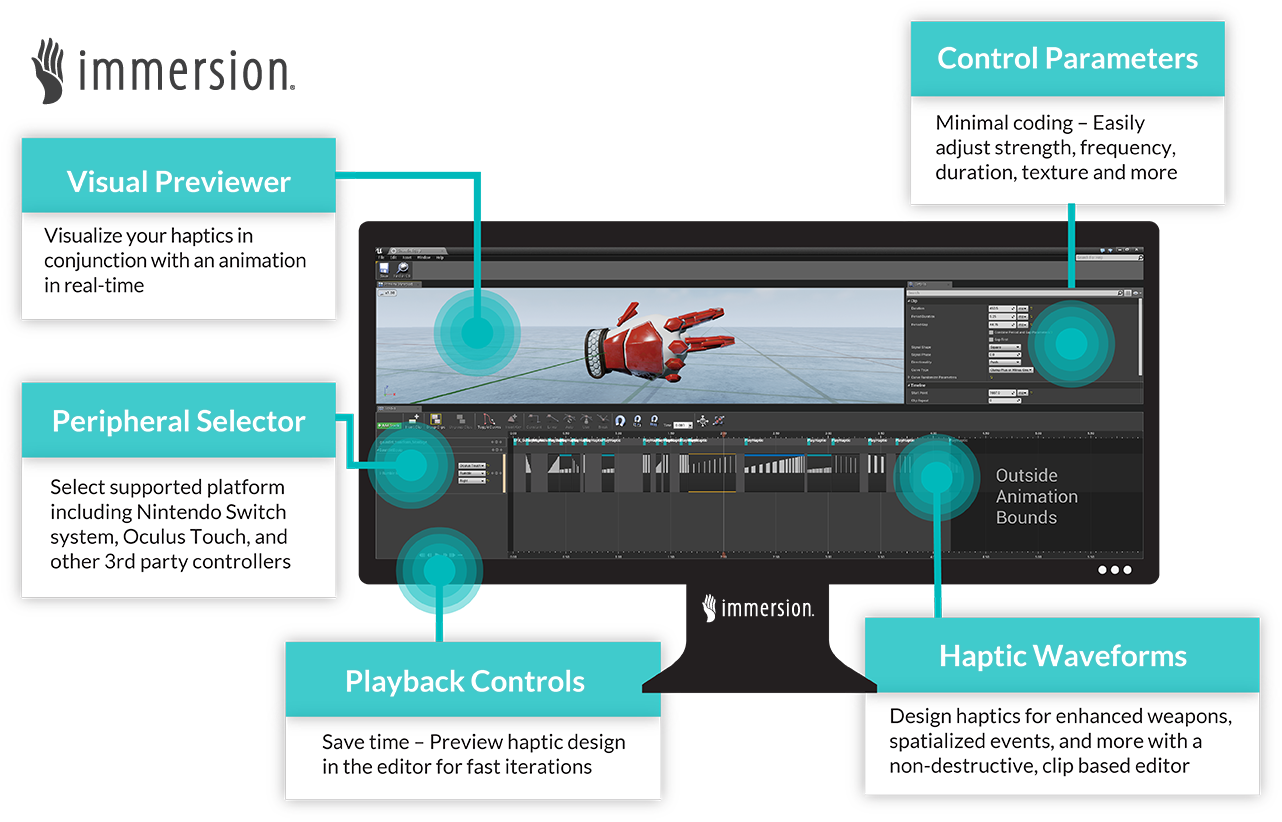 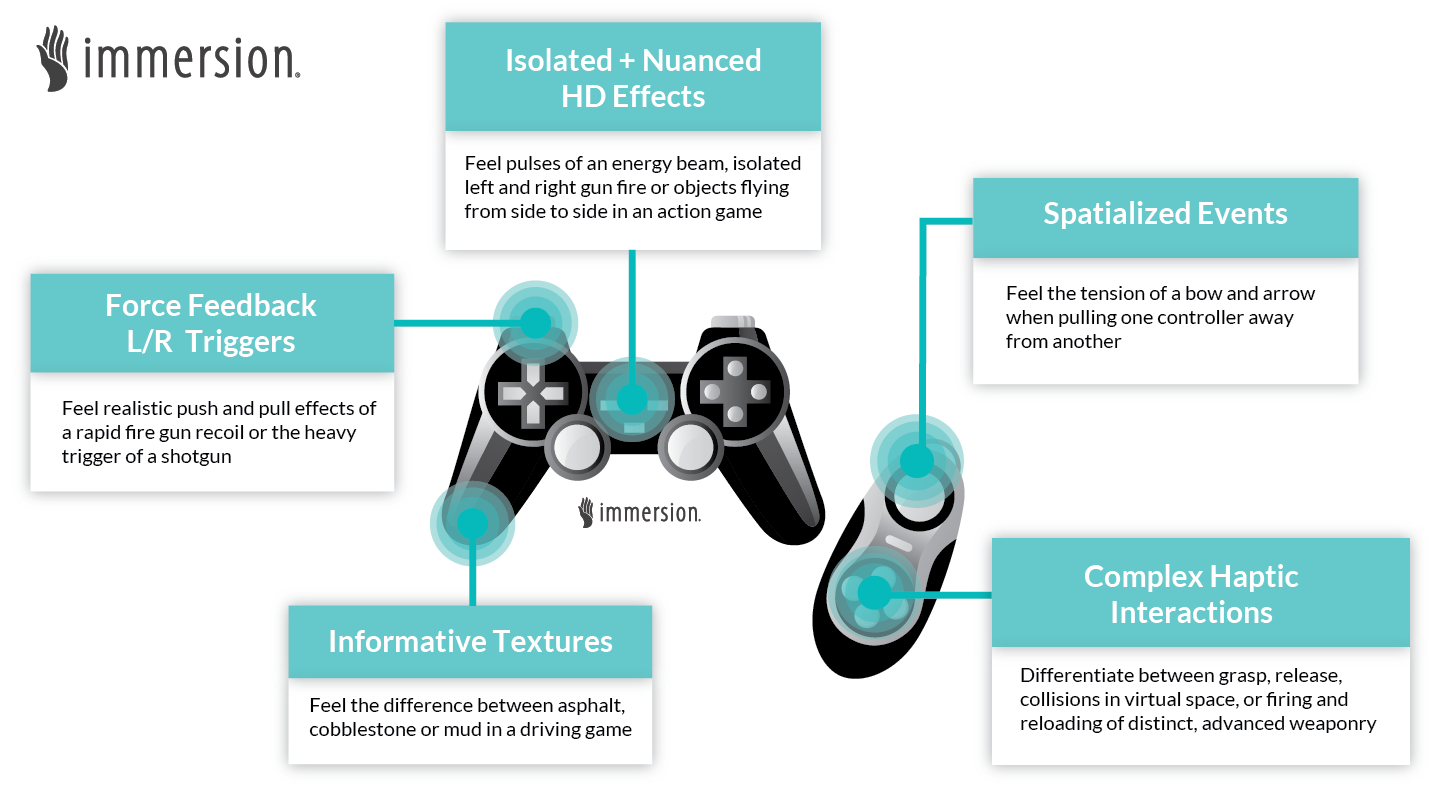 Immersion has a long and rich history in the gaming industry from its early efforts pioneering rumble on the Sony PlayStation and Microsoft Xbox console platforms. For more than 20 years, it has enabled game developers to differentiate their products with high-quality touch effects and recently announced an agreement with Nintendo that allows developers to use Immersion’s TouchSense software suite to design haptics for games for the Nintendo Switch™ system.